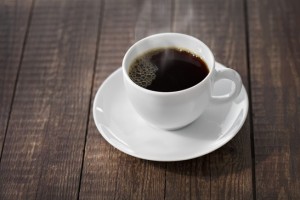 It was not that difficult to to be in the nationwide, and for all I know, worldwide coffee shop chain as the only nonsoccer- mom. There were a couple of retired guys in there with me, so there was some camaraderie, though we did not speak to each other. I was there for the free coffee, which the company had advertised in the newspaper. I am unsure what brought the others. The coupon for the free coffee came with the newspaper one day. It was a nice looking coupon, one I would surely lose. I had defied the odds and and the coupon was still in my possession when I walked through the front door. Free coffee at this place was quite a ducat, I was also starving, but the food would not be that expensive. Having not been in here in quite a while, I suppose it was possible they had added steak and eggs to the breakfast menu. That would be quite the utilitarian addition, but possible, none the less.

They certainly would not call it steak and eggs, by name ,on the menu. That would be akin to calling the coffee, well…coffee. I would hope for some nonsugared- delight that would help me rebound from the twelve-hour fast and the hole the nurse had just put in my arm at my stop that preceded that of the coffee palace, a visit to a local lab for routine blood work. This stop would undoubtedly be more fun than that, unless they were going to require blood to complete the coupon transaction, which I hoped was not a requirement. They might have some record of the frequencies of my visits, in which case they may require blood to get me reinstated on the “A” list, God, I hope not. I supposed I could pledge to them that this free cup of their new, ultimate Uncle Joe would be just the jump start I needed to reconnect with them and once again become a beloved member of the family. I would visit more often, that would be the the compromise, and I would refrain from making-fun of the patrons. After all, I was one also. It was about ten, maybe ten-thirty in the morning. I figured this might be a good opportunity to yet achieve the goal, without having to wait in-line around the block, as would be the case at an earlier hour. Only the late-rising jobless, eccentrics, like me, would be available at this hour. There can’t be that many of us, can there? Searching for the supreme coffee experience, while trying to make a living as a writer. There cannot be that many people trying to do both of those things at once, in this town or anywhere, for that matter. I am trying to do that and I’m not doing that, but I would certainly like to.

Even though it was well past the morning rush hour, people were still obviously in desperate need of coffee and I think it strange, that until these massive coffee parlors showed-up, we had no idea how desperate our need was for coffee, or tea, to be downright honest with any of you that may be looking-up from your coffee or tea and reading this. We were dying of thirst and did not even know it. We may well have been rescued with only moments to spare. Cause of Death: Warm beverage deprivation. Tragic. I am just glad that someone was omniscient enough and save us. Would they have put us in special wards to take care of us, in the waning days before that lack of the brewed, brown bean or leaf took it’s final swipe at us and sent us to oblivion? Or, would it just come without warning, without build-up, no fanfare, just one day…gone. So fortunate are we that our well being was seen to and that we were rescued. I have to remember, they did me a great service and they might let me get in line to have some of this great stuff. Well, the coffee and the tea are swell to the highest degree, but there is so much more that I could have here. Cups as large as my head, specially selected-warm-beverage-drinking music, coffee beans, and food. They have food that is impossible to resist. They also sell coffee makers, which I am perplexed as to just why it is they are selling such a thing. It is like the butcher also having a cow tied-up by the counter, should you wish to venture-off on your own. I thought they wanted me to come back. Don’t they want me to come back? Maybe I have to buy one because I am still in my probation period

“You haven’t been here in a while, so we are not sure you can come here anytime you want to. Maybe buy the machine, buy the beans and after you have used-up the beans-come back and we will decide if we will:
1) Sell you more beans…
or
2) Allow frequent, if not daily visitation.” “You may have been approved, but let’s not get ahead
of ourselves.”

They have, what I think, is the largest, disposable coffee vessel know to man and that is the size I want. I want one of those and, forgive me that I don’t know the language for ordering the hybrid versions of it. Just give me the largest one you have and I can get into it later. It is sort of warm outside today and the adventuresome side of me says I should try one of the cold concoctions, which are listed on the menu, but I am even less certain how to order that, nor certain they would allow me to do so, being so early in our relationship. Maybe once we get to know each other better, earn each other’s trust, then we could take the relationship to a higher level. Could I introduce them to my parents? All
things in-time but certainly not yet. Besides, those cold libations listed are very cosmopolitan (the concept, not the
pink thing) or cutting-edge, or something, or some word I am unsure of that would properly describe a cold beverage I am uncertain and unfamiliar with. I am hopeful they will allow me:
1) More time to order.
3) More visits to their establishments.
(I forget what number 2 was)

“Coffee, big, free…here’s the card!”
“Sure thing, but that is only good on Wednesday’s and
this is Tuesday.”

My posture shifted, downward. “But you look like a nice guy and we’ll give it to you today anyway.” Again, posture shift, this time upward. See, this bodes well. Our first date in ages is going quite amicably. They are going to give me the coffee, I do not have to take a language class (yet) and…I do not have to be uneasy (yet) about any facet of the transaction. I will order lots of food and gladly pay for it. Food is in my comfort zone and I am cognizant of the proper exchange rate, terms, conditions, etc. For a day that began with blood-letting, it is quickly heading in a more pleasing direction. The music they are playing, and selling, is not offensive either. Maybe I should have that also. Next time. I need food and free coffee, now, and they are offering me the chance to have both, with no threat or hint of additional blood-letting, at least none mentioned on the coupon or on any internal signage. I have:
1)Entered the location.
2)Braved standing in-line.
3)Even more braved the ordering process.
4)Had my coupon honored, on the wrong day.
5)Requested enough food to feed a baseball team
(starters only, not bench or bullpen).

Now I wait. I have given them my name, at their request, thus adding a personal touch to my experience. This is not just coffee. This is so much more and in-time, my name and my order will both be spoken, aloud, for all to hear, acknowledging my passing all the protocol challenges and my choices will be given proper attention. I still am hopeful the order is correct. Surely they would have corrected me when I ordered if, were it deficient or outside of the boundaries. Will others comment when they hear my order called? “That is so great that he ordered that.” Will I one day, pending approval, be able to return and master the ordering process and use words I had not heard until today? A great many questions remain unanswered and I have some time to think about them while the excitement builds in the time preceding delivery. Yes, everything was completely better than even I had anticipated. The experience was memorable (and pleasing), except for the trepidation about the ordering, the blood-letting possibility (that was my imagination, not their policy), the fear of performance under pressure, the lack of beverage knowledge, well, I could go on, but it was all good and I didn’t know if they would let me return or just how it would work. I hoped they would let me. How could they have known how excited I would be to receive my request and impact and influence my destiny? Did they see into the future? Or was it market research? God, I hope it was the former.