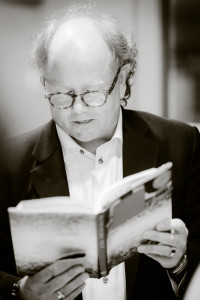 Colorado native Edward Cozza is a fiction writer and humorist. He is a teller of human tales and enjoys public speaking with an audience who believes in taking the time to unplug, connect and being mindful of time spent with loved ones. He now lives in Southern California with his wife and dogs: Maker’s Mark in one hand, pen and paper in the other.

Edward left a successful career in business salesmanship to dive headlong into the lives of his characters in his debut novel Nowhere Yet: Grant, Rex, Annie and Kat – four forty-something friends who meet up in Palm Springs after many years apart. Their plight is ours: How did we get here? Where will we end up? Nowhere Yet… but there’s light at the end of book one.

Nowhere Yet is a bestseller at the largest independent bookstore in the West –Warwick’s in San Diego — for the final months of 2012. Nowhere Yet has won four awards in 2013:

Ed is touring the country at hosted events across America. Click here to contact his street team to book him at your next event.  Click here to see his calendar of events.